This is some  mail we just got from Uganda.  We have started a malnutrition program there.  The last picture is Peter, our manager.  He is just getting started and is doing a great job.  We do need financial support on this ongoing project. 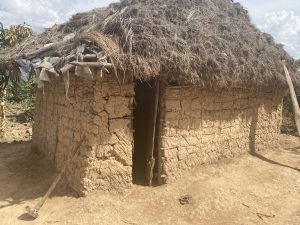 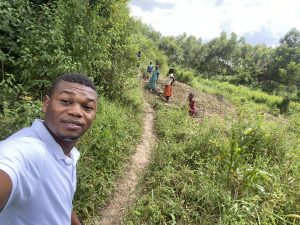 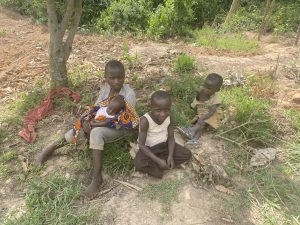 Hello everyone!! I trust you are well!!

It has been a long time ever since you had from Uganda ??.. (Banana Land—-mike you should bear with it

lol)
Well, this week started with a lot of potential and hope. we were officially allowed to work within the hospital.. and as well were able to identify our first families to work ..
Today we drove like 45minutes away from the hospital after being told about the girl called Jenifer.. she was at the hospital and she got discharged but they never seen her brought c back on their returning date to receive more medication.. so we decided to follow up .. we searched for her address since Monday gladly enough we received the number to her uncle since her parents doesn’t have a phone .. we connected and we had her dad waiting for us on the main way .. after we had found him ..we continued the journey and had to leave  the car behind and we hike up the hills .. and until on the top . There we found this grass Thatched house .. we were so highly welcomed they brought the jenifer we assessed her and she was Severely malnourished we referred them back to hospital .. so they should be there tomorrow.. we assessed a lot of reasons why she was malnourished..  And I remembered Gordon’s inspiration about water.. when I asked where they get water .. and to show me the water they drink it was really so bad .. Gladly I was able to see their well since it was just by the short cut we used but I didn’t notice it ..
So we are looking forward to help them with water filters and as well take care for Jenifer she is1.5yrs .. she lives her mom and dad with other 3 siblings which also seems to have been malnourished at a certain point..
I had forgot to mention the twins which which have also notified and they have been admitted to the hospital as well they are under nutrition  care unit which we are also partly supporting